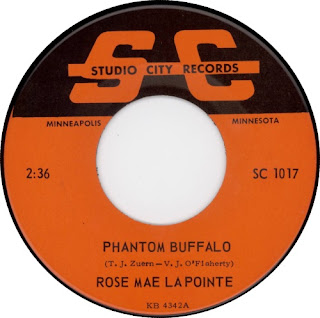 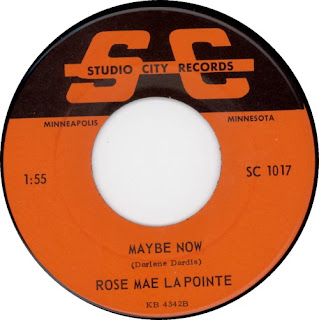 An online guitar forum discussion concluded that she is playing a Kay Guitar.

Rose Mae Lapointe Desersa was born 1922 in Todd, S.D, and died in 2003.  Her name suggests she had French-Canadian ancestry.  Father was Herbert DeSersa, mother was Elsie Kills-Plenty.

Some remember her being on the radio in South Dakota radio at some point.

"a traditional woman powwow dancer, a ranch wife, a cook for indian health service, IHS. She drove like a maniac but when she got older, if I seen her comin, i pulled over a bit. i think someone should remake Phantom Buffalo. I believe that was a priest who wrote that. . . . she gave me my first guitar."

"Tahca Sapa, Black Deer. From context, it sounds like the song is about a man named Tahca Sapa hunting phantom buffalo. I heard this song many times on KINI, the radio station in St. Francis."

I'm posting the audio here because I want her family to be able to hear it.