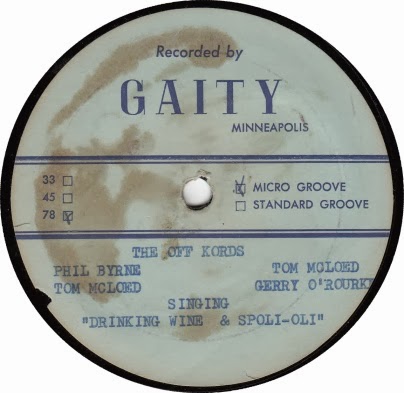 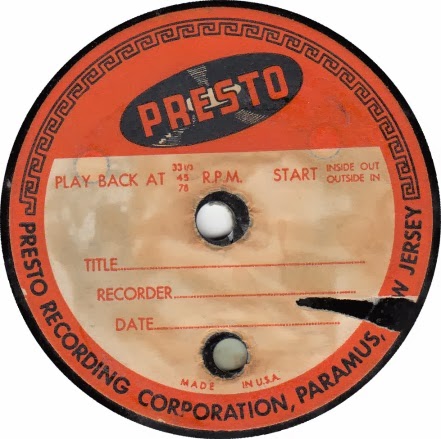 David Hersk, who started Gaity records in his parents basement while still a high school student in the late 50s, told me he probably didn't make copies of this record.  He says it mostly likely ended up as one or two acetate copies, for the members of the group to keep.  The Off Kords were students at DeLaSalle High School, which is located on Nicolett Island in the middle of the Mississippi river near downtown Minneapolis.  It is a catholic college prepartory high school, so it's strange to me that they would record songs about drinking wine.  Perhaps that's why they didn't press copies of these?  I don't know the title of the bside of the record, so I'm just calling it Mockingbird Song.

Thanks to David for the info and to Ben for letting me borrow the record.

The "Drinking Wine" version is heavily influenced by Sid King & the Five Strings' arrengement on Columbia.