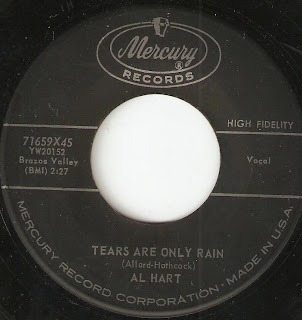 This is a 1960 cover of a song written by Hank Thompson in 1954. Al Hart was a radio personality on KCBS in San Francisco for 34 years. He is originally from the Twin Cities. In an interview about his life at his retirement, he was asked about this song and replied "I wanted to be Sinatra No. 2. I never made it". Well, a good effort Al.


Tears Are Only Rain